Tomaszewski was one the most important graphic designers, illustrators, stage artists and educators in modern Poland, and a figure central to the country’s post-war construction of national cultural image. He is considered to be a pioneer of the Polish poster school.

The strength of Tomaszewski’s graphic works lies in a simple and intelligent translation of messages and symbols from literary, theatrical, film, music and social themes into a visual language.

In 1934, Tomaszewski graduated from the School of Graphic Artists, where he specialized in drawing and lithography, from which he continued his education from 1934-39 at the Warsaw  Academy of Fine Arts under Mieczyslaw Kotarbiński. He took an interest in poster art in 1936, contributing to the satirical weekly Szpilka (Pin). He lived in Warsaw under the Nazi occupation, his drawings being printed in the Lublin-based satirical weekly, Stańczyk, in 1944. He moved to Łódź in 1945 and resumed contributing to Szpilka. He returned to Warsaw in 1950 and began designing sets for the Syrena Theatre. In 1952 he was appointed Professor at the Warsaw Academy of Fine Arts, educating dozens of graphic and poster artists of considerable renown including Pierre Bernard (France), Gerard Paris-Clavel(France), Michel Quarez (France), Mieczyslaw Wasilewski (Poland), Lech Majewski (Poland), Piotr Mlodozeniec (Poland) Radovan Jenko (Slovakia), Karel Misek (Czech Republic), and Marjatta Itko-nen (Finland). He headed the Poster Studio until 1985. Also, in 1956, Tomaszewski, together with Jan Lenica and Julian Palka, become the first Polish members of Alliance Graphique International (AGI).

Tomaszewski received a numerous art prizes and honors in various countries, including five first place awards at the 1948 International Film Poster Exhibition in Vienna. His cartoons were printed in various literary reviews, including Przegląd Kulturalny and Literatura. His drawings were published in the volume, Książka Zażaleń (A Book of Complaints, 1961). He designed a number of books and exhibitions, and was a member of many international art societies such as the prestigious Alliance Graphique Internationale (AGI). The Royal Society of Arts in London conferred upon him the award “Honorary Royal Designer for Industry” in 1976.

Tomaszewski, who debuted in the second half of the 1930s, brought to the Polish poster the vigor of youth, a freedom in shaping the picture, and a rich imagination. His technique was close to painting. His works, first noticed at the 1939 World Exhibition in New York where he won the first award for competition design, used color spots and synthetic drawing. After World War II, he embarked on a provocative play with the viewer’s imagination, using sophisticated poetic devices and a minimalist form. His superbly designed graphic signs, letters, symbols and metaphors made expressive comments on theatre and opera performances, exhibitions, concerts and other cultural events. He used mental shortcuts and exquisitely synthesized ideas in the form of graphic or painted signs to convey succinct yet sophisticated messages in posters, illustrations and book covers. His works are unique for their simplicity, intellectual precision, extraordinary sense of humor and easy, laconic drawing. They convey general and profound truths by commenting on events that would otherwise have gone unnoticed, and their allusions and understatements invite a creative reception.

With additional material, adapted from an essay by: Jerzy Brukwicki, June 2004, updated: September 2010 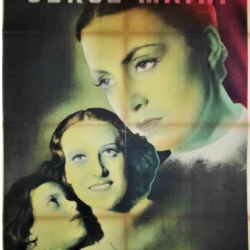 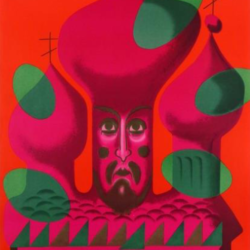 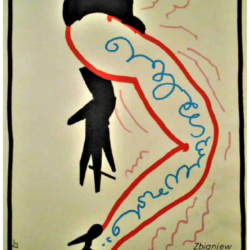